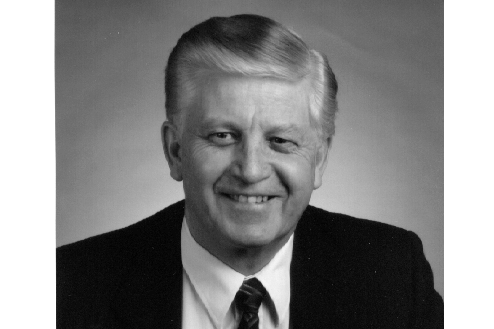 Uncasville - Michael C. Doherty Sr., 80, of Montville passed away at home Friday, Dec. 27, 2019, surrounded by and in the arms of his loving family.

Mike was born in Boston, Mass. April 30, 1939. He was the oldest of six children, from an Irish family. Mike graduated Boston Tech June 3, 1956, and joined the U.S. Navy June 12, of the same year at age 17. Mike was stationed in Groton where he went to Sub School and then Nuclear Power School in Groton as well. Mike chose to stay and raise his family here in Connecticut. After an honorable discharge from the Submarine Service of the Navy, he began his lifelong love of learning by earning numerous degrees. He earned two associate degrees from Mitchell College, a Bachelor of Science Degree from UCONN in December 1982 – the same month his son received his BS. He finished up his higher education with a Master's Degree from the University of New Haven. He was always a wealth of information for anyone who needed it.

Mike was also very involved in the community. When his children were young, he was President of the Uncasville PTA, President of the Montville Boosters, he coached Little League, he taught catechism, and much more where he made a tremendous impact on many. He was a proud member of the U.S. Sub Vets Holland Club, American Legion, the Elks and many other organizations. He was also very proud to be the co-founder of the first and only independent financial planning firm in Montville, which he opened with his son. Mike was very well liked by all who knew him. Friends from his children's school days referred to him as Mr. D and many viewed him as the community "Dad". He was always available for information and advice, a laugh and a hug, whichever was needed.

Mike met the love of his life, Joan (McAuley), when he was 8 years old, began dating in high school and married at 19 years of age. Mike and Joan recently celebrated their 61st wedding anniversary. They were married June 22, 1958, at Saint Angela's Roman Catholic Church in Mattapan, Mass.

Mike leaves behind his wife Joan; his son Michael and wife Karen; his daughter Karen and husband Raymond; and daughter Kathleen and husband Tom. He also leaves behind "Grandpa's Gang". What he called the most exclusive club – only requirement is to be one of his grandchildren. He sent every grandchild a letter when they were born welcoming them into "Grandpa's Gang". The members whom he was very proud of and adored more than anything, include: Ryan Doherty, Caitlin Perkins, Kevin Doherty, Amanda Perkins, Alexandria Peck and Michaela Peck.

A Mass of Christian Burial will be held at 10 a.m. Saturday, Jan. 4, 2019, at St. John the Evangelist Church, 22 Maple Ave., Uncasville, followed by full military honors. Calling hours will be from 4 to 7 p.m. Friday, Jan. 3, 2019, at Woyasz & Son Funeral Home, 11 Jerome Road, Montville. In lieu of flowers, donations can be made to two programs Mike held dear: the Montville Veterans Fund and the Montville Senior Citizens Center Art Program.